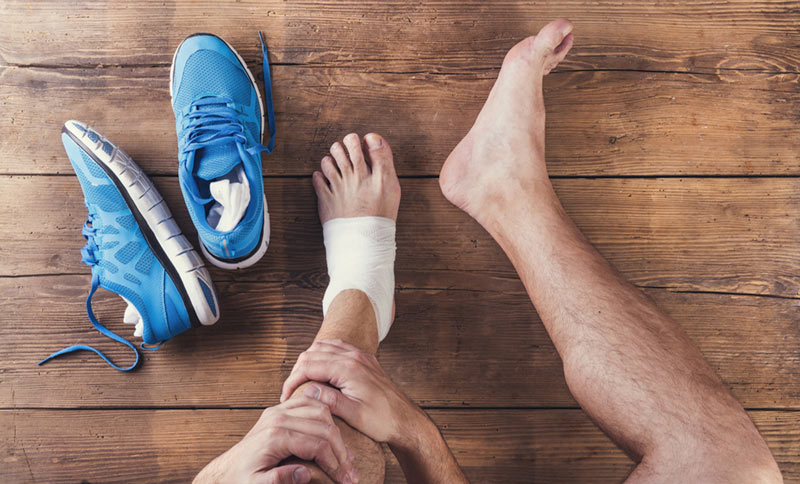 This looks like a quite simple question to answer but it is not as easy as it sounds. It is a question that creates a lot of discussion, disagreement and controversy amongst health professionals, scientists and even philosophers. These people are a lot smarter than me so I won’t try and answer the question definitively, but I will explain what it means to me and why improving our understanding of pain can greatly help someone suffering with pain.

For me, amongst other things, pain for an individual is a perception of threat that requires action. Let’s explain that one a little bit and use a typical example. You are sitting down working at your computer finishing off a task for a work deadline. You forget to move and stay sitting for a long period. You get a little lactic build up in your muscles around your bottom area (threat). You get a perception that something isn’t quite right (pain), and you need to act (get up and move around).

Now let’s look at a few examples of threats and the corresponding perception of pain in response to those threats. If you severely fracture your femur (thigh bone) how much pain do you think you would be in? Severe pain? Probably. How about if you slightly twist your ankle suffering a mild sprain? Mild pain? Again probably. Simple enough then – you suffer an injury (threat), you get pain (perception), and the level of pain corresponds to the level of damage suffered. Not quite.

What about a paper cut? Very mild tissue damage (threat) but for most people a lot of pain. How about the surfer how had her arm bitten off by a shark (severe threat) but did not feel any pain? What is happening here? Or the runner who ran the 400m relay race at the Olympics with a broken bone in his leg? What is happening for phantom limb pain sufferers? No body part but still feeling pain in the missing limb.
What these occurrences tell us is the extremely important fact that the amount of pain someone feels does not have to correspond to the amount of damage that person has. The perception of pain may not be accurate to the level of threat. Your body may be underestimating the threat (shark attack victim). It may be overestimating it (paper cut). Or it may be getting it exactly right and the level of pain might correspond accurately with the level of threat. The important thing to consider here is the context of the threat to the individual. This is worth exploring a bit further.

The perception of pain is caused by injury or a threat to the body and messages are taken in special nerves to the spinal cord and up to the brain. Somewhere on the way the message can be dampened down so we might feel less pain (think of the hurler wanting to win the next ball), and sometimes it can get amplified, or turned up, so we feel a lot of pain (think of the soccer player rolling around the ground).We all have a volume control system that can turn what we feel up or down, it depends on what we are doing (depends on the context). Let’s give another example and understand the role that evolution would have played in giving us a ‘pain on’ system and a ‘pain off’ system. Imagine you are a caveman (again) and running for your life from some wild animal. You trip and fall, twisting your ankle badly. You know you are injured but you get right back up and keep running (otherwise you are dead, and your genes don’t get passed on). You wouldn’t even feel your ankle, your pain off system is working to keep you alive. After the chase and you are safe, the likelihood is that you will start to feel the pain then. We all have this pain on-off system and sometimes for someone in pain it might come down to getting your pain off system working a bit better and your pain on system to calm down a bit (more on this in another section).

The amount of pain perceived does not have to correspond to the amount of damage in the body tissues.
One of my first jobs as a physiotherapist is to investigate this for every individual that I see – does the level of pain correspond to the level of tissue damage? Once I know this it guides my advice and management for this individual.
Another little aside on the power of context for every individual. How your body responds to a threat may be dependent on a lifetime of experiences and what your current experience means in the context of your whole life. Think of Thich Quang Duc, the Buddhist monk who burned himself alive in Saigon to protest and highlight South Vietnamese pro-catholic policies and discriminatory Buddhist laws. Doused with petrol and setting himself on fire this was the account of a witness.

“As he burned, he never moved a muscle, never uttered a sound, his outward composure in sharp contrast to the wailing people around him”.
What was the context here for Thich Quang Duc? How could he not perceive pain? His message must have been extremely valuable and powerful to him. So powerful that no other threats could be perceived?

“Before closing my eyes and moving towards the vision of the Buddha, I respectfully plead to President Ngo Dinh Diem to take a mind of compassion towards the people of the nation and implement religious equality to maintain the strength of the homeland eternally. I call the venerables, reverends, members of the sangha and the lay Buddhists to organize in solidarity to make sacrifices to protect Buddhism” 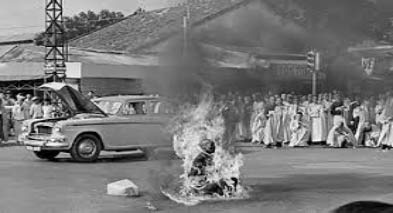